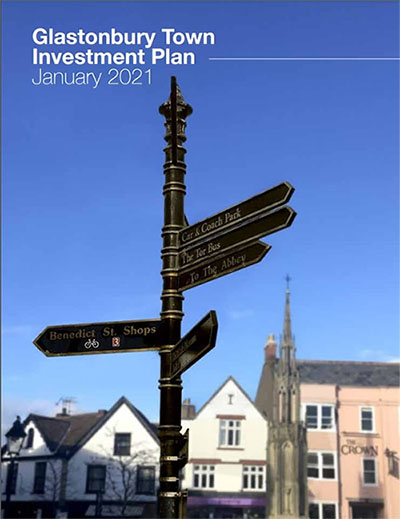 In November 2019, Glastonbury was officially announced as one of the 100 towns earmarked to benefit from the Governments £3.6bn Towns Fund.

The Town Deal initiative is designed to ‘level up’ all parts of the country, by regenerating town centres to boost businesses, improve infrastructure, encourage enterprise and bring communities together. As one of 101 towns named by the Government, Glastonbury can potentially bid for up to £25 million of a national £3.6 billion Towns Fund pot.

Government set up the Towns Fund to address growth constraints and to deliver long term economic and productivity growth through:

The Towns Fund provides Glastonbury with an opportunity to agree a Town Deal with Government (Cities and Local Government Unit (CLGU) securing significant investment in growth that will ultimately benefit businesses, communities and individuals across the town.

The Glastonbury Town Deal Board will be the body that shapes the vision for the town as well as defining the strategy and steps that need to be taken to achieve that vision.