Glastonbury Town Council is saddened to hear of the passing of former Mayor Denise Abbott.

Denise was Mayor for 2018-19 and will be missed by the Glastonbury Community. Denise was instrumental in forming the A361 committee set up by the Town Council to lobby Somerset County Council to seek solutions to the heavy traffic routed through Glastonbury, especially aggregate lorries headed towards the Hinkley Point development. Although alternative routes were not forthcoming, cooperative working with County Councillors and representatives from other villages along the A361 brought about traffic calming measures, including the introduction of 20 mph speed restriction through Glastonbury. Denise lived to see this measure in place.

She had a passion for history and was a Trustee for Beckery Island Regeneration Trust, Glastonbury Tribunal and Glastonbury Antiquarians, with a particular interest in the formation of the Town Museum, housed in the Tribunal Building.

She had two rescue dogs as pets, Bramble and Elf which she loved dearly.

Her funeral is on Tuesday 23 August at 13:30 and will be held at Mendip Crematorium, Shepton Mallet.

The picture was provided by Dr Tim Hopkinson-Ball, Denise’s consort for her Mayoral year. Tim commented that “This picture was taken on the evening of the Frost Fayre, 2018. Denise wasn’t keen on being photographed, but she liked this picture – it sums her up rather well!” 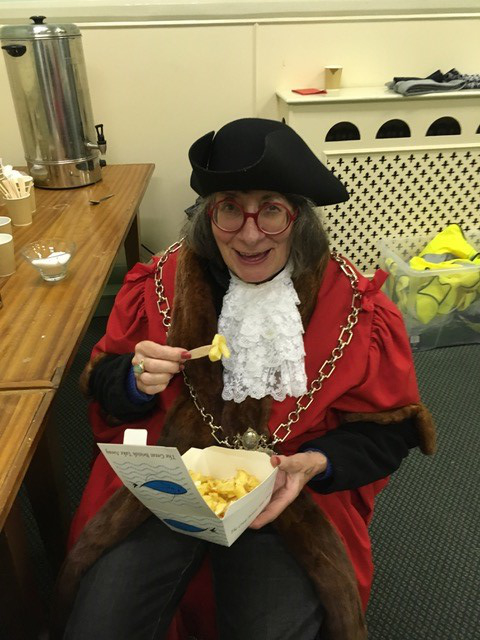