There will be year-long celebrations in Glastonbury – reflecting the celebrations throughout the United Kingdom, the Commonwealth and around the World – reaching a peak with the Queen’s Platinum Jubilee Central Weekend; a four-day UK bank holiday weekend from Thursday, 2nd to Sunday, 5th June.

With an overarching theme of ‘Avalon of the Heart’, the Platinum Celebrations began on 15th December 2021 with our annual ‘Cutting of the Holy Thorn Ceremony’, especially attended by the Queen’s key representatives in Somerset – Annie Maw, the Lord-Lieutenant and Thomas Sheppard, the High Sheriff.  To mark Glastonbury’s first Platinum event, the Lord-Lieutenant and High Sheriff joined me in planting a ‘Pencil Oak’ as part of The Queen’s Green Canopy.

Throughout the year we will be announcing more events, tying Glastonbury’s past and present together as we celebrate our unique Royal Heritage, which includes King Arivargus’ grant of the 12 Hides, King Ina’s Charter and those of successive Monarchs – through which Glastonbury epitomised a truly independent ‘First Estate of the Realm’ – with the significant mediaeval Royal Visits of Edward I and Edward III respecting the primacy of the Holyest Erthe in Englande, renowned as the site of King Arthur and Queen Guinevere’s tomb, the burial place of Saxon Kings, Edmund I, Edgar the Peaceful, and Edmund Ironside – and, particularly pertinent in this prestigious year, the coronation by Glastonbury’s St Dunstan of Edgar, a ceremony that provided a template still in use when Her Majesty Queen Elizabeth II was crowned on 2nd June 1953 in Westminster Abbey.

The happy convergence of the Queen’s Platinum Jubilee and the centenary of Alice Buckton’s extraordinary 1922 silent film, ‘Glastonbury, Past and Present’, will be celebrated in a special ‘Accession Day’ screening of the film in the Town Hall on Sunday, 6th February – arranged with the British Film Institute’s National Archive, the film will be shown three times on the day with free admission. To book a free ticket visit https://www.eventbrite.co.uk/e/glastonbury-past-and-present-1922-screening-tickets-247208676807

It’s going to be an extraordinary year! 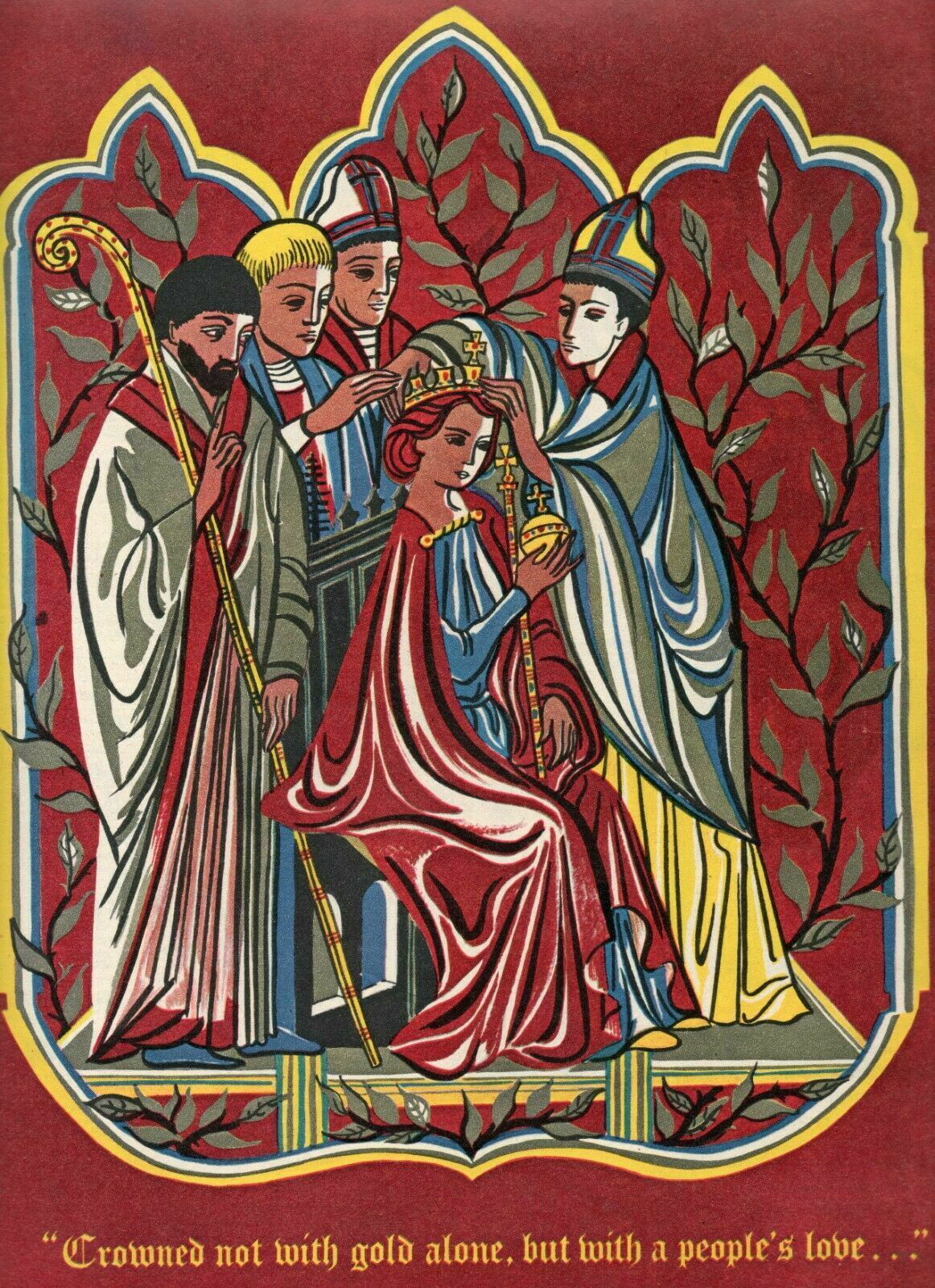