In their drive to make operations carbon neutral by 2030, Glastonbury Town Council’s electric van is expected to save a tonne of carbon dioxide every year.

When their old diesel van finally gave up the ghost, members of the town council had a choice: buy a new diesel van, a new electric van, or a second hand one. Their declaration of a climate emergency, and commitment to be carbon neutral by 2030 – as well as build Glastonbury’s resilience – means that diesel was out of the question. The thought of a shiny new electric van showcasing the latest technology was very tempting.  However, the final choice of a second-hand electric van turned out to be the perfect solution, for a number of reasons:

So, what is this van like, and is it up to the job?  We asked a member of the community services team how it is to drive, and he said “I’m in love!”. Another member of the team said that he looks forward to the day that he will get an electric car of his own.

The van that Glastonbury Town Council purchased is a 2017 Nissan e-NV200, a combination of the award winning NV200 van and the innovative 100% electric Nissan LEAF.  There is no internal combustion engine in an electric vehicle, meaning fewer moving parts. Instead, the van is run by an electric motor, powered by the battery pack.  It can be charged by plugging in to the mains, or charging point, and with a full charge is capable of around 80 miles.

Glastonbury’s Deputy Mayor, Cllr Laiqa Browne is really pleased that the van is already starting to pay for itself. “We’re saving on running costs, road tax, and maintenance costs. And it’s also much quieter, and cleaner, which helps in a busy town like Glastonbury.”

The Mayor Cllr Jon Cousins sees the van as an important step in reducing carbon emissions, and building Glastonbury’s resilience. “The pandemic and recent extreme weather events have shown us how quickly things can change. And by reducing our reliance on fossil fuels, we can build capacity in renewable energy networks, with building-integrated, and community level systems, as well as the national grid.”

Glastonbury’s Mayor, Deputy Mayor and Town Clerk recently met with Mark Shelford the Police and Crime Commissioner for Avon and Somerset. A most productive and […]
4pm-7pm Fri 1st Oct & 10am–12 noon Sat 2nd Oct Among the twelve projects submitted to the next stage of applying for funds from the […]
On Monday 13th September, Tor Fair will open at its new location in Herbies Field (BA6 9LE). It is understood that Tor Fair is the […]
Members of the Glastonbury Town Deal Board voted on Friday (30 July) to progress all 12 of the projects originally outlined in the Town Investment […] 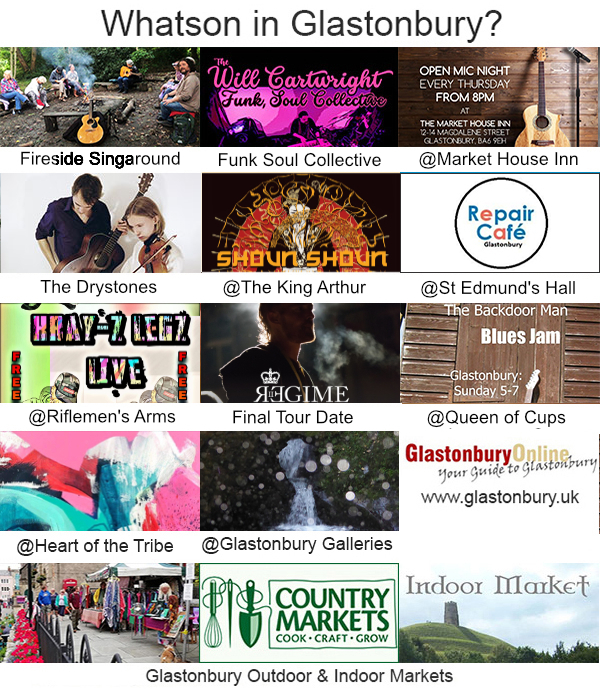