Following a unanimous vote at the September meeting of the Town Council, Glastonbury has become the second Town Council in the world to become an Earth Protector town and is now part of the programme which will be completed next year on World Earth Day, producing a framework which will then be rolled out globally.

This radical step means that the town undertakes to collaborate and cooperate with all to put the Earth First and support the realignment of Law, pledging to the moral code of, ‘First do no harm.’

It may sound like an impossible dream, given the precarious nature of systems in the World at the moment, but  the Earth Protectors movement to Stop Ecocide has organised a Global Crowd Trust fund to provide legal support to small island states to go to the International Criminal Court and seek an Amendment to The Rome Statute to include a Law against Ecocide.  Together we have the power to change the World, literally.

There are already 4 Crimes against Peace:

Just before the making of the Rome statute in 1948 there was originally another Statute (Crimes of Aggression has come but recently). The Crime of Ecocide was originally to be included in The Rome Statute, but was dropped at the last moment from undue pressure by 4 wealthy nations, including the UK.

From the moment an Application to Stop Ecocide is accepted by the ICC, there will be an immediate effect on multinationals’ and governments’ behaviour, as insurers and banks will gradually withdraw their support from any industrial activity that is related to ecocide.

From the moment Ecocide becomes a crIminal offence and not a civil offence, CEOs and Government Officials will risk going to jail, and insurers and bankers will cease to support their activities altogether. At present CEOs highest legal responsibility is to their shareholders to make a profit. This will come to an end.

The Earth Protectors movement Stop Ecocide continues to steadily gain ground, attracting support from a range of notable people and barristers, from Deepak Chopra to Dame Janet Goodall, from the late Michael Meacher to David Hart QC and Michael Stewart QC. Other towns are on the road to becoming Earth Protector towns such as Totnes, and Frome. There are also towns in Greece and Portugal moving towards pledging themselves.

In line with declaring itself an Earth Protector Town (working from the bottom at local level), Glastonbury has also passed a motion to support the passing of an Ecocide law at the Highest Judicial Court in the World recognised by the United Nations (working from the top down). It is envisaged that these two interlinked movements will pay a large part in the reshaping of the world in response to the current Ecological Social, and Economic climate, and will give our children hope for the future as we undergo a paradigm shift in order to survive.

There will be a short Ceremony marking the Pledge for Glastonbury to become an Earth Protector town during the Second Climate Emergency Event and People’s Assembly at the Town Hall on the 26th October. The entire community will be very welcome to attend on what the Council hopes will be a very special occasion.

Starting on 26th July, every Monday from 10am to midday at St John’s Church. Talking Cafes are a place to meet new people and chat […]
Local Installers, Sunlit Solar, supported by Glastonbury Town Council, are offering a 10 Panel, 3.7 kW system from £4,000 Clean Renewable Energy – Lower Bills […]
Enforcement action continues at pace in Glastonbury. A number of registered vehicle owners were issued with court summons at the end of last week with […] 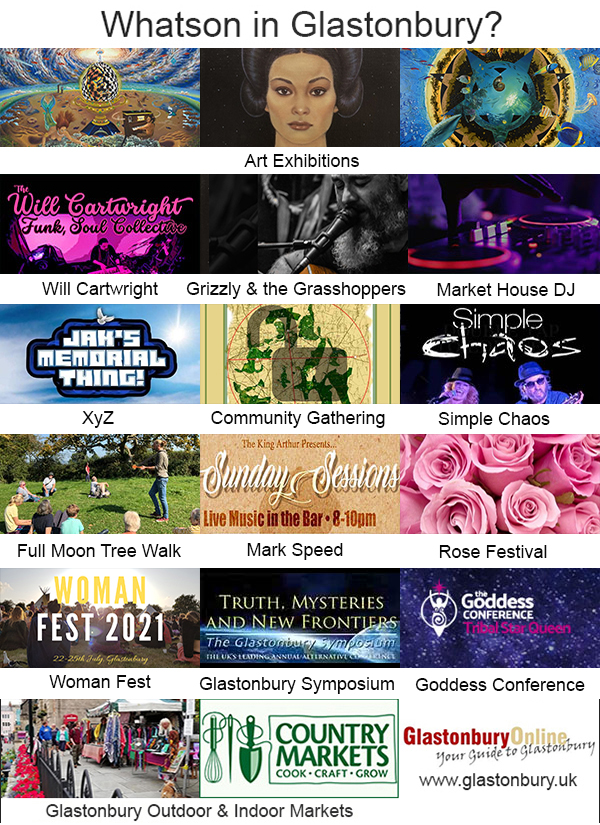