The UK Parliament held a Westminster Hall Debate on the safety of 5G last week following Glastonbury Town Council’s resolution to oppose the roll-out of 5G under the Precautionary Principle.

Opening the debate, Tonia Antoniazzi MP said: “This Westminster Hall debate is indeed a timely one, as it comes off the back of an historic decision by Glastonbury Council to oppose the roll-out of 5G.”

Glastonbury’s historic motion read: This council has a social responsibility to protect the public and environment from exposure to harm, albeit unpredictable in the current state of scientific knowledge, and therefore opposes the roll-out of 5G in the Parish of Glastonbury – based on the precautionary principle – until further information is revealed from a newly convened 5G advisory committee (working group).

Having declared the intention to convene a working group to support the councillors in their understanding of the implications of 5G technology, members of the public with an interest and/or expertise in the subject are being invited to apply to join the group.

To apply, an email should be sent to Glastonbury Town Clerk, Gerard Tucker townclerk@glastonbury.gov.uk by 29th July, expressing an interest in joining the group.  Applicants will be sent the agreed Terms of Reference for the group together with the Code of Conduct that all town councillors and town council meetings are required to follow.

Been busy in your garden during the last year? Then why not enter and show off your hard work in the Glastonbury in Bloom Competition. […]
The Tor Bus service has restarted and is operating to the advertised timetable. Please note that due to COVID restrictions the maximum capacity on this […]
Glastonbury is facing a fantastic future after hearing the news that it is to receive £23.6m from the Government’s Towns’ Fund scheme.​ The multi-million-pound boost […] 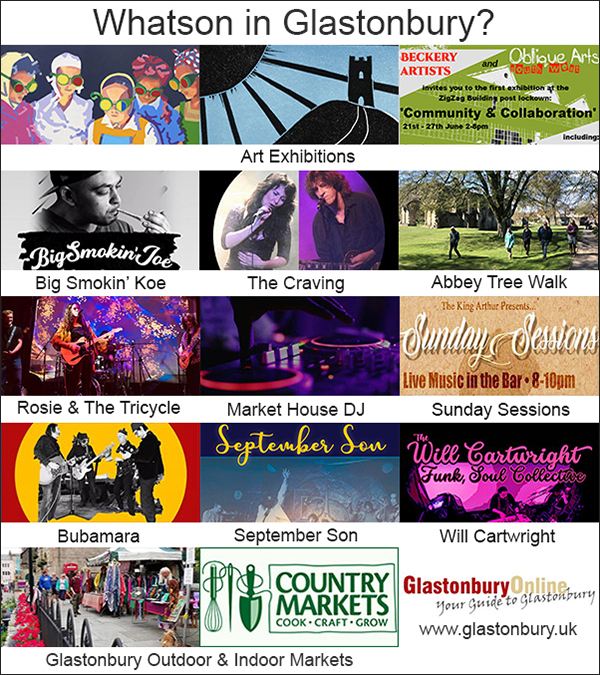